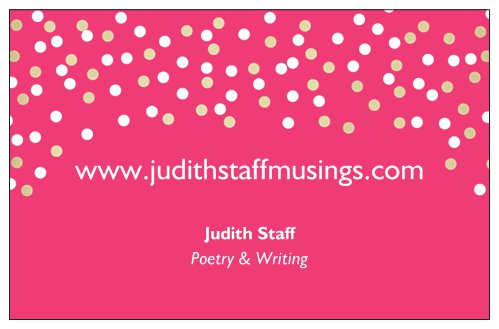 Mean girls hurt, spewing their venom and their predictable ugliness, ever-unavoidably cruel.
Their pace, footsteps ahead, loaded to lash out first with condescending looks, subtle cutting whispers in the shape of tiny, shiny blades to slice deep.
Spat-out remarks fly from their lips, scribbled starkly on gasoline-soaked rags of disparagement.
Jealousy often fuels their intent to draw blood, as they hone in on any scraps of self-worth belonging to those girls who have something they secretly hanker for.

Never was I subject to their boiling cauldrons of hate. Nor have I ever been a mean girl, myself.
I deplore their behaviour, always hoping to offer some consolation to the subjects of their ferocity.
But I had her thoughts once, thoughts of a mean girl, a skinny mean girl, because I was being eaten alive from the inside, and nobody knew.
Or cared.
I was dying.
Silently, they wormed through my being, those mean girl thoughts in my mind. I hid them from view wanting no one to know, because my mean-girl thoughts were shameful.
I was not a mean girl, really. Where did she come from, the ‘mean-girl me’ inside my head?
She was so thin.
Perhaps they called me “skinny bitch” behind my back, when they thought I couldn’t hear.
Perhaps they had mean-girl thoughts about me too? I didn’t care.
They didn’t know I was so weak. Exhausted with the energy it took my withered heart to push blood around my wasted body – a body I utterly despised.
So cold with the chill that clung constantly to my brittle bones, even in hot sunshine, an icy prickle that never went away no matter how many layers of warmth I wore.
Constant exercise causing constant fractures: shins, feet, ribs – bones snapping like dried twigs.
Frail and thin, in child’s sized clothes, with the arms and legs of a diminutive hunger striker, they would stare too long at the unnatural wisp I had become.
Their looks left me feeling more uncomfortable, and the mean girl thoughts grew louder in my mind.
Sometimes when they spoke to me, it was with unconcealed shock, followed by solemn pity which was so easily mistaken for a mournful longing.
Breathlessly, they took in my birdlike limbs, dull pallor, and pleading, desolate eyes.

For you see, food and I were at war back then, days posed the relentless struggle.
I could not eat – could not chew, could not swallow; food was my nemesis, as I awoke to the same relentless conflict with it every morning.
Ironically, my body battled to keep breathing, as I battled back to deprive it of the source of nourishment keeping it alive; it was struggling to get by.
I raced it to the scarce energy which arrived intermittently by way of an apple or some celery, intent on burning away every single calorie with a vengeance before my cells and organs got them first.
Locked in a struggle, the mean-girl thoughts raged, soiling my mind and flooding my tongue.
I held back the dam, desperately trying to replace the mean-girl thoughts with gentle words of conviviality before they reached my breath.
I pictured people who had been unkind to me, overweight teachers I didn’t like, bitchy secretaries who ate too much cake, as I threw up in dark bathrooms, and ran until my body was collapsing.
I thought wicked things about butter clinging to larger frames of sad people with chubby faces.
I wanted to make them more obese, and to feed them all the food I couldn’t eat, food I was afraid to touch in case it swallowed me first.
Such jealous rage I harboured for their freedom when, in reality, they probably didn’t have any either.

They were enemies with those who could eat without guilt or fear. Oh, little did they know.
They were bigger and unhappy; “You don’t need to go to the gym, you’re so skinny” they would say.
“I would look like you if I didn’t!” I thought.
“You’re so lucky, you can eat what you want” they whined. So far from the truth, like a taunt.
“I would love to know what I want to eat, my appetite is dead and long gone,” I wanted to say.

As I slowly began trying to eat again, they mocked me more.
“You look well!” they would say.
“You look fat!” I would hear.
Haunted still, being told I look “well” never feels good, only leaves me feeling more ashamed and unattractive. And it makes my mean girl thoughts return like maggots which decompose my reality.
I want these people to get fatter.
I want them to say they are too busy for the gym when I go every day.
I want them to eat too many cookies because I never even eat a whole one.
And I want them to put on five pounds as I starve and purge a few pounds away.
Because I want to win.
The mean-girl me, she wants to win. Losing makes my mean-girl thoughts meaner.
And I don’t want that.
It’s the war with food and a body I’m never happy with that I detest, not people.
Most of all, I don’t want the mean-girl to live in my mind anymore.
She’s mean to me, too.
She. Needs. To. Go.

It’s so dark, engulfing me until I am saturated with a compulsion to shut my eyes tightly.
No light.
Now opening my eyes wide, willing my pupils to drink in any detectable drips of light: I wait.
Nothing.
In that second, crushing dark is winning our game of terror, suffocation its weapon of choice.
Breathe.
I blink hard. Again, harder. I will not be lost to the darkness like a frightened little girl, alone.
Black shifts.
Eyes adjusting – can’t tell if the light seeps in first, or the calm. Maybe they are one in the same?
Silhouettes.
Shapes appearing now, familiarly, just as I remember when there last was light. They are still.
Comfort.
Feeling safer now the shapes are the ones I know. The sinister edge of dark has gone, leaving
a faint precursor of day, which will eventually consume the darkness completely, illuminating
all the corners of my mind and shadowy parts of my soul where malevolent energy thrives.
Once again, leaving it
with nowhere
to hide.